I've ordered the LF-converter BX-082 kit from the German HAM Radio magazine FUNKAMATEUR already some months ago and now found the time to build and test it.

Since my ELECRAFT K3 transceiver has 490 kHz as the lowest RX frequency, I thought the LF converter would be a nice add-on to listen to LF.

The kit is completely build with through-hole components and can be soldered in about 1h. The trickiest part are the transformers and sorting of their wires into the PCB holes. In my kit only one resistor was wrong - 22k instead of 33k - but my shack had some spare. 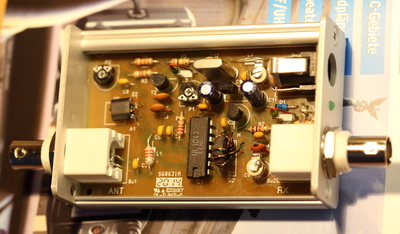 After finishing the soldering you can put the converter in the supplied extruded aluminium encasement. It is completely pre-drilled and gives a neat and sturdy unit. 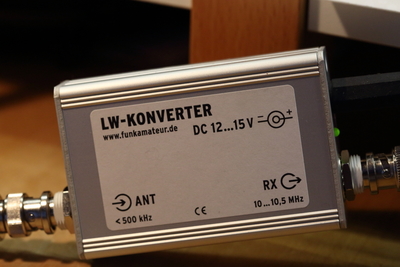 The alignment of the 10 MHz oscillator was simple. Tuning to zero beat with my K3 gives excellent results.

Unfortunately the alignment of the other variable capacitor and resistor was not clearly specified. But tuning and looking at the P3 scope gives good carrier suppression and not too much harmonics from the 10 MHz oscillator.

After final alignement I connected my HF vertical to the receiver input, the converter output to external RX antenna input on my K3 - and - disappointment. 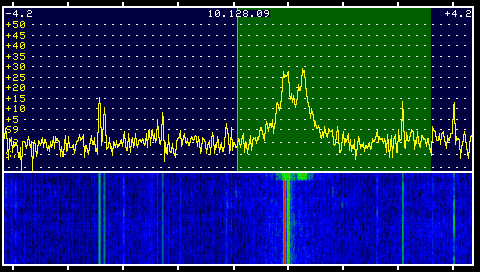 A noise floor of about S8 on my P3 - wow. Reading again the manual I found the sentence "The converter should not be overridden".

Connecting a 30dB attenuator pad between the antenna and the converter input solves the problem. 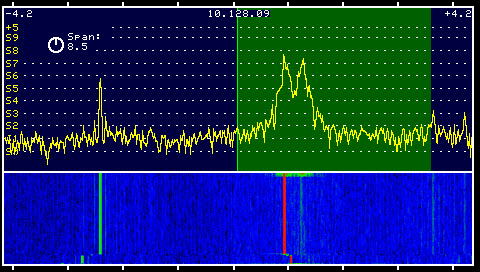 Even without an antenna connected the noise floor is acceptable for such a low cost device: 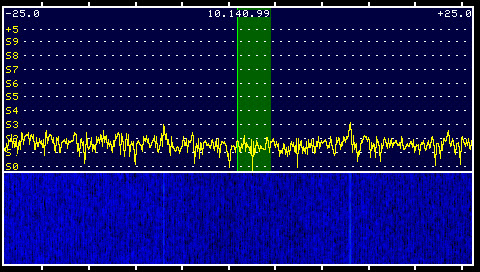 Now the next step was finding a datasource on LF - I found on DCF49 on 129.1 kHz. Setting up the K3 in USB mode and changing mode in MIXW 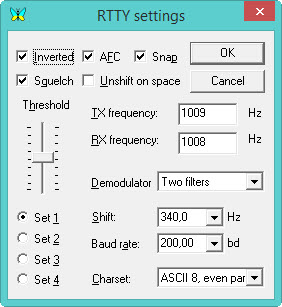 gives the desired results. You can read the plain text - the binary data - hm no idea how to decode - but its also relatively irrelevant which street lamp is switched on or off. 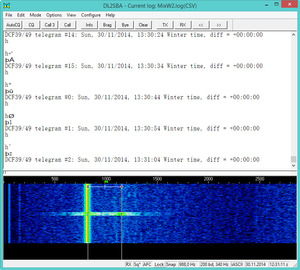