Since last weekend a new QRP transceiver joined my shack 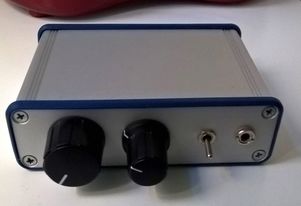 I bought her used from a German HAM via the QRPFORUM community. The transceiver is one of the older projects from the DL-QRP-AG but still a neat little transceiver. It is still offered in kit-form from QRP-Project in Berlin.

The transceiver works pretty well, but the sidetone was far too low - about 400Hz - even for an OM like me to deep. 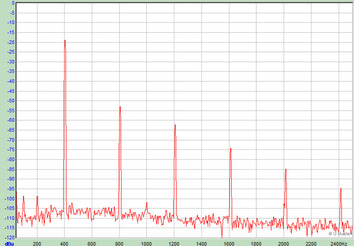 After changing C11 on the RX mixer from 100pF to 47pF the sidetone is now about 650Hz - same as on the other transceivers in my shack:

. The change in the passband can also be seen.

I replaced the standard 207° potentiometer with a precision 10-turn version. For this I had to replace the case with a slightly larger one - only 3mm where missing :-/ 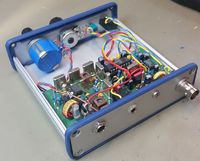 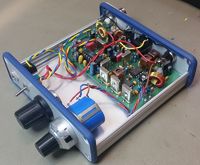 Rereading this article I discovered, that this precision potentiometer must be about 37 years old! It was a present during my SWL days from my long passed away friend and elmer, Rainer Kiess DB7SS - r.i.p. 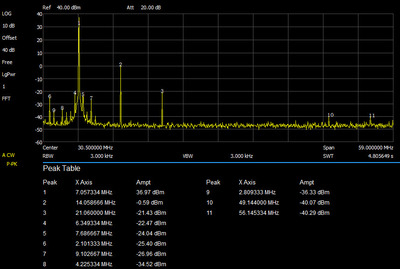 I ran a spectrum scan on my Mosquita to check for harmonics on the output signal.

The measurement was done using an Siglent SSA3021X and the FA power attenuator.